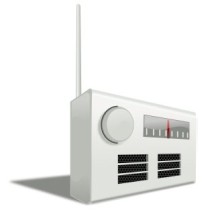 If you want to know what’s on the radio in Russia now, just listen to free Russian radio stations online. Listening to the Russian radio is also a great way to improve your Russian.

This is a selection of some popular radio stations in Russia that broadcast not only music but also news, talk shows and programs on various topics. Just choose a radio station according to your interests and the knowledge of the Russian language.

This radio station is very popular in Russia. It plays current Russian and international hits. There are six channels:

Listen to radio Europa Plus online

In Russian, the name of the radio station is pronounced like [rússkaye rádio]. It plays only Russian music and is the best choice for everyone who wants to listen to old and modern Russian music. There are following channels:

Listen to the Russian Radio online

101.RU is a web based radio station. It sees itself as a virtual city where the users are free to listen to whatever they like. There are over 100 channels, the content being constantly updated.

On the web page of the Online Radio 101.RU it is possible to sort the channels by different criteria like "The best", "According to taste" or "New". One can listen to Russian Rock, Dance- and Pop-music, chansons, music of the USSR, Jazz, Blues, Rap, Hits of the 80s or 90s, humor, etc.

The radio station Hit fm plays popular international and Russian hits at a ratio of 50:50. The following channels are available:

This radio station offers a wide selection of programs: news, politics, education, culture and sport. Russian books are also read out here. It also features special theatre and music shows. Right under the bar “Прямой эфир” (Russian for “live broadcast”) one can choose from the following channels:

Listen to Radio of Russia online

In Russian, the name of the radio station is pronounced like [gavarít maskvá]. It covers news of the Russian capital. Apart from different kinds of reports about Moscow life, the station also offers a radio theatre, a talk-show as well as cultural, music and children's programs. There is live audio and video streaming.
Listen to the radio Moscow's speaking online