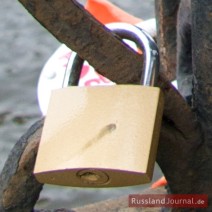 Russia is not as dangerous as some lurid media reports suggest. Surprisingly many people feel absolutely safe travelling to New York or Chicago and find a trip to Russia extremely risky. But tourists who behave in a normal way and mind simple security guidelines, don't have to be afraid of anything. There is no gunfight in the streets and the possibility of being robbed is lower then in some cities of southern Italy.

The danger of a terror attack in Russia is not higher then in the USA or Great Britain. The conflict in Chechnya remains prominent in the headlines and Chechenian terrorists have already shocked
Russia and the world by attacking innocent people in public places. Unfortunately it is impossible to predict where and when the next attack takes place. So the officials advise to avoid crowds and try not to use means of public transportation during rush hours.

Do not travel to following regions: