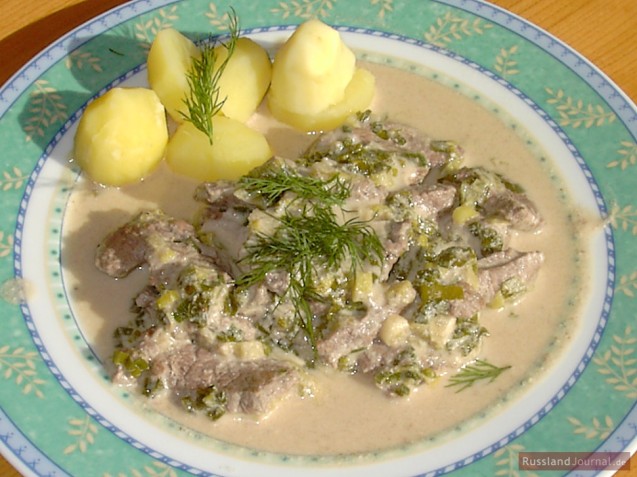 The world famous dish of Russian cuisine Boeuf Stroganoff was invented at the end of the 19th century and named after Count Alexander Stroganov. The recipe was influenced by French cuisine. Like in France, the meat is usually cut into small pieces and sautéed. The sauce is not served separately, though. According to the Russian tradition, the meat is then simmered in the sauce. The sour cream sauce makes meat very tender and gives it a special flavor. The original recipe was not preserved and there are many variations. Classic Boeuf Stroganoff ingredients are beef, onions and sour cream. Sometimes tomato paste is added to the sauce. In this recipe, the dish is prepared with green onions and mushrooms.