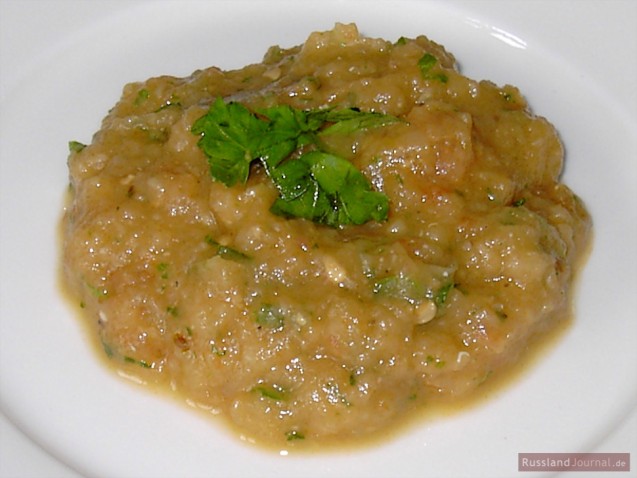 Due to its high nutritional value, eggplant (or aubergine) is also called the vegetable of longevity. Eggplants are low in calories and rich in antioxidants. They boost metabolism, stimulate digestion, lower bad cholesterol and have a diuretic effect. Eggplants should not be eaten raw, but they can easily be grilled, braised or stewed. In Russian, eggplants are fondly called "синенькие" [ßínjen'kije]. This is the diminutive form of "синий" = "blue". In Russian and Ukrainian cuisine, there are many eggplant puree recipes (also called eggplant caviar). Depending on taste preferences of the region, garlic, peppers and various fresh herbs can be added to the recipe.