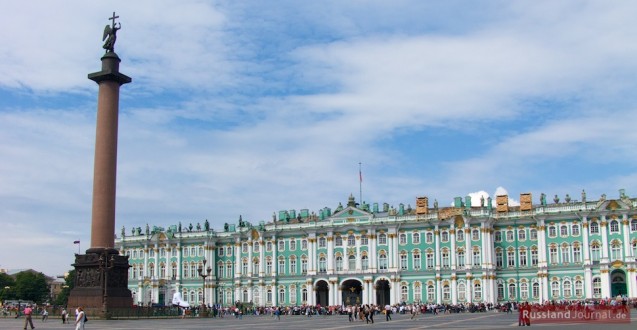 The main square of St. Petersburg is one of the biggest and impressive places in the world. From the Palace Square one can see other popular places of interest like the St. Isaac’s Cathedral or the Admiralty.

Erected in the centre of the Palace Square to honor tsar Alexander I and to commemorate Russian victory against Napoleon in the Patriotic War of 1812.

This magnificent baroque imperial palace is now the main building of the Hermitage museum.

The tower with the spire is 72,5 meters high. Its gilded needle with the weather vane in form of a caravel is one of the landmarks of St. Petersburg.

TIP: The Admiralty tower offers one of the most beautiful views over St. Petersburg. 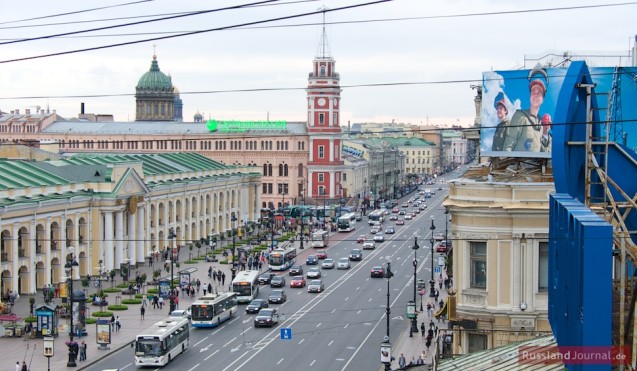 The main street of St. Petersburg with numerous places of interest, noble palaces, cafés, restaurants and fashionable stores. Nevsky Prospekt is about 4.5 km long and goes from the Admiralty to the Alexander Nevsky Monastery.

The historic core of St. Petersburg. The foundation stone of the fortress was laid in May 1703. This day is still celebrated as the city’s birthday.

On its 304th birthday on May 27, 2007 St. Petersburg celebrated the grand opening of the newly restored Peter’s gate. This triumph arch is especially important for the city as it was the idea of Peter the Great to erect the gate. The tsar also personally chose the place for it. The Peter’s gate was designed by the Italian master Domenico Trezzini. Now, three centuries later, the restoration was possible due to the cooperation between Italy and the city of St. Petersburg.

TIPP: Enjoy the view of the Peter and Paul Fortress from the Trinity Bridge.

Interactive map of the Peter and Paus Fortress 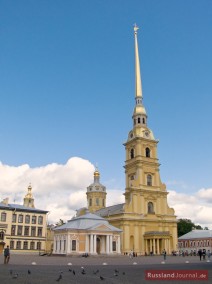 The main building in the fortress. Its gilded spire, 122.5 meters (about 402 feet) high, is one the symbols of St. Petersburg. Russian tsars from Peter I. to Nikolai II and members of the royal family are buried in the cathedral and in the nearby Grand Dukes Mausoleum.

The mint was opened in 1724 and still manufactures Russian coins. The current building was erected between 1800 and 1805.

The Decembrist Revolt took place here on December 14, 1825. From 1925 to 2008 it was called Decembrists Square. Decembrists were young noble officers who led 3000 soldiers in a protest against the new tsar Nikolai I. As the soldiers refused to swear allegiance to the tsar, many of them were shot dead. Later, the five leaders were hanged in public.

Strelka of the Vasilievsky Island 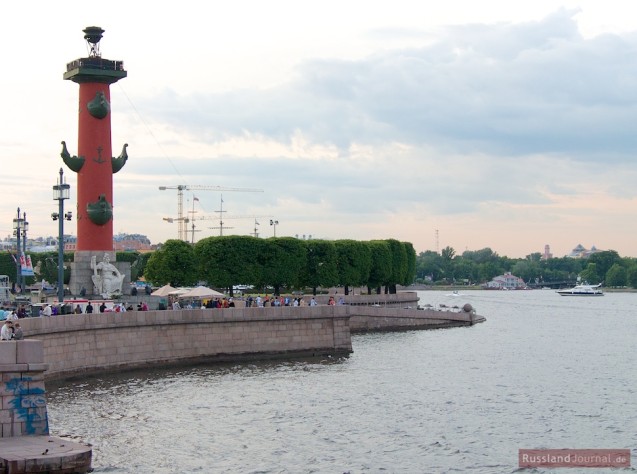 The Stock Exchange was founded by Peter the Great and used to be the trade centre of St. Petersburg. The current building was erected in 1810 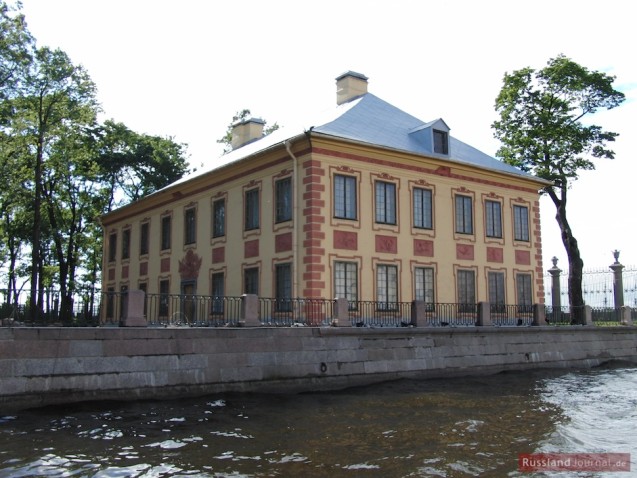 Summer Garden and Summer Palace of Peter the Great

The oldest and most beautiful park in St. Petersburg with numerous sculptures. The park was laid out in 1704. The Russian poet Alexander Pushkin used to live next to the Summer Garden. He spent lots of time here walking around, reading or writing.
The Sommer Palace of Peter the Great is situated in the Summer Garden.

Places, Buildings & Monuments in Saint Petersburg on the map