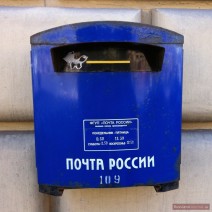 Letters sent from Russia via airmail reach their addressees abroad in about 10 -14 days. Those posted in smaller towns take even longer. Stamps are sold at post offices (russ.: "почта") or in the hotels. Outgoing mail can be posted in numerous blue post boxes. For important correspondence it is better using international delivery services.

For greeting cards email is probably the best choice. Email and Internet access is available at some post offices and numerous Internet cafes throughout the major towns and cities. 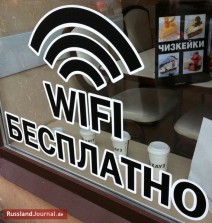 The number of Wi-Fi hotspots is growing not only in Moscow and St. Petersburg, but also in smaller Russian towns. Among the locations offering Wireless High Speed Internet Access are not only cafes, clubs and restaurants but also cosmetic salons, clinics, shopping centres and cinemas. Many of the Wi-Fi Spots are free. Some central stations of the Moscow Metro are equipped with Wi-Fi Internet access.

Cheap and easy: International Calls to Russia over the Internet

The internet might be a better and cheaper way for making international calls or calls within Russia. Very popular, for example, is the international service for the internet communication Skype. To call Russia with Skype, it is necessary to download and install free software which runs on most computers. Calls among Skype users are free (except that both users have to pay for the internet access). There's no setup or subscription fee.

SkypeOut could be a cheap way to call friends and relatives in Russia who hasn't singed up for Skype yet. With SkypeOur it is also possible to call mobile/cell phones in Russia.